The birth of Louka 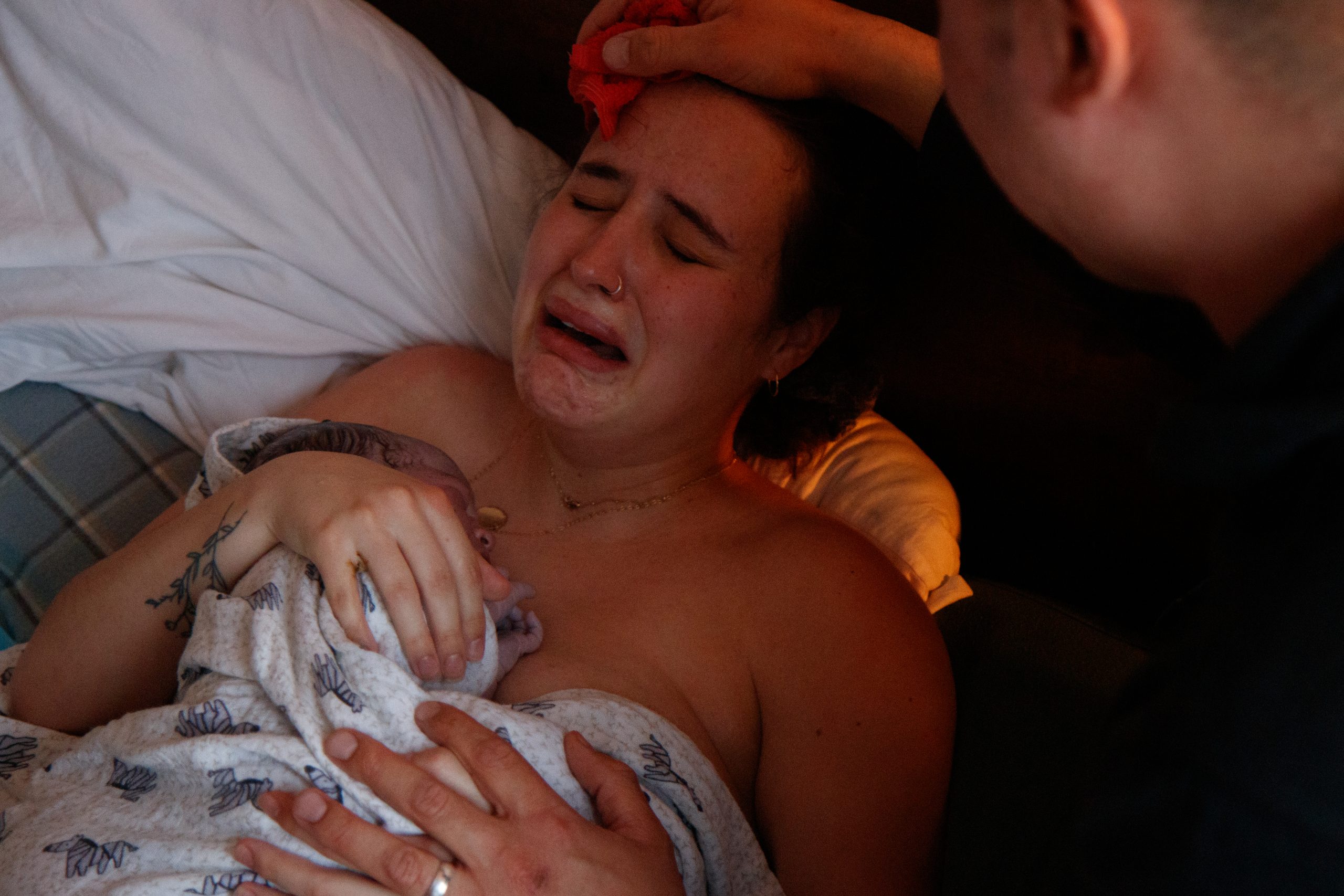 The morning of march 9th, I went to see my midwife and she swept my membranes. It was my due date. I decided that I should take the day to do things I liked so I asked my best friend if she’d spend the day with me, thrifting. We did that, I bought some baby clothes and I walked around a lot. We also went to the restaurant and I ordered the spicy nachos that weren’t very spicy.

I picked Nash up from work and I was having some inconsistant contractions that didn’t really hurt. When we got home, I decided to try and stimulate with my breast pump and contractions started being a little more consistent and a little more intense. I didn’t think that this would be labour. I called my dad to let him know that we might need him to pick Matsya up but we ended up deciding that we’d probably be fine until the next morning, thinking the contractions would go away. Excitement filled our home.

We put our son to bed, I gave him extra cuddles and wished him a good night, again, thinking that we’d be with him in the morning and labour wouldn’t happen tonight.

An hour went by and we talked to our doula and midwife. Our doula decided to take a nap and we decided to talk with her again in an hour. In the meantime, we called the midwife and after hearing me breathe through a contraction, she said it was time for her to come. I remember saying “I don’t want to bother her, she’s gonna come for nothing!” i really was in disbelief.

My family came to pick up Matsya, and I had asked my stepmom and sister that when I go into labour, I want them to braid my hair into french braids so my hair wasn’t in my face through the night. I was sitting on my birth ball, and they each took a side and braided my hair.  They left with Matsya after I gave him a big cuddle and told him I was so grateful he made me a mama.

I texted my friend Christine, to let her know I was in labour. She wanted to support Louka’s soul through labour and birth. She sent me a beautiful video of herself and a drum ceremony.

The support I was feeling from everyone around me at this time was incredible. It’s like we had people near and far sending me all the good vibes.

Our midwife arrived as my family was leaving. Lara, our doula, was on her way. It was really happening, but I didn’t believe it.

Our midwife started getting her equipment ready around the room. I was on the ball, taking contractions that were not too intense and talking and smiling in between them. She checked my cervix and I was 3cm. It was around 9:30pm at this point. Contractions were pretty light so our midwife suggested I use the breast pump again. I did for 20 min and contractions intensified pretty quickly.

I laboured around my home for a few hours, we used the shower, the birth ball, tens machine and movement to help with pain relief.

Around 3am, things started to get a lot more intense. Contractions were closer together and I started having a hard time coping. Around 4, my midwife checked me and I was 5cm dilated. She was saying that the head seemed to still be high and probably not pushing on my cervix quite enough to dilate. She suggested we ruptured the membranes. She explained that contractions would get more intense once the membranes were ruptured and said that she was pretty confident that things would go fast from there. I asked her exactly how many minutes it would take t’ill the baby was born (lol), she, of course, couldn’t answer that question. At this point, she called the second midwife before rupturing the membranes.

The second midwife took longer than expected to get to our home and I was really struggling to cope with the intensity of my contractions. We discussed transferring to the hospital. I was saying things like “I’m going to die” “I won’t survive”. My midwife walked me through what it would look like if we transferred and when she told me I’d be strapped on my back in an ambulance, it sounded like a nightmare.

Around 5:30, the midwife decided to rupture the membrane even if the other midwife hadn’t arrived yet. Something needed to happen, I was really struggling. Once the membranes were ruptured, I went in the shower. Shortly after that I started feeling the pushing sensation. I stayed in the shower for a while, until we ran out of water actually.

I made my way to the bed and started giving all my energy into pushing this baby out. I think I pushed for about 20 min. My midwife coached me to push slowly while the head was coming out, to avoid tearing. I was on all four as I pushed the head out. At some point the midwife asked me to move to my back because his little shoulder was stuck. As I moved to my back, I saw my baby’s head and it was the craziest feeling. Our midwife helped his shoulder out and the rest of his body came with it. Our little Louka was born.

Emotions were really high in the room. I was in major disbelief that I just birthed my baby, at home, with no pain medication.

This birth was the most empowering, unreal, magical experience of my life.

A quick note about my midwife: how I was cared for, should be the standard of care for all birthing people. My midwife was more than amazing, she believed in my home birth, she pushed me just enough, she made me feel listened to. I can’t say enough good things about the care I received. She almost makes me want to have another baby just to be in her care again.

To my doula Lara: you listened to me with your open heart through the ups and downs of my pregnancy. You always made me feel heard. You were the best support I could have asked for throughout the birth. You were a vital member of our birth team. I truly couldn’t have done it without you. Thank you.

To my husband: we did it. Together. We got through pregnancy. We had our home birth. Thank you for believing in me and being the voice of reason through labour when I thought I couldn’t do it. I love you.

All pictures were taken by our doula, Lara. 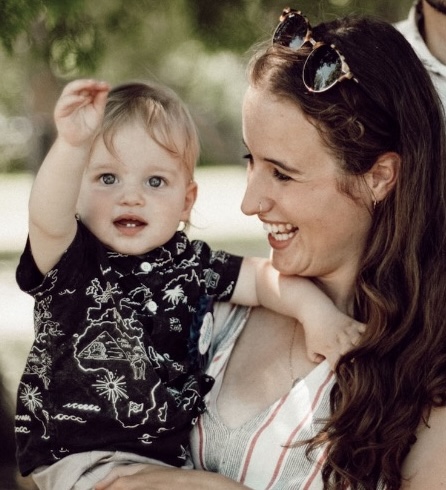 No spam, notifications only about new posts, updates and relevant information. 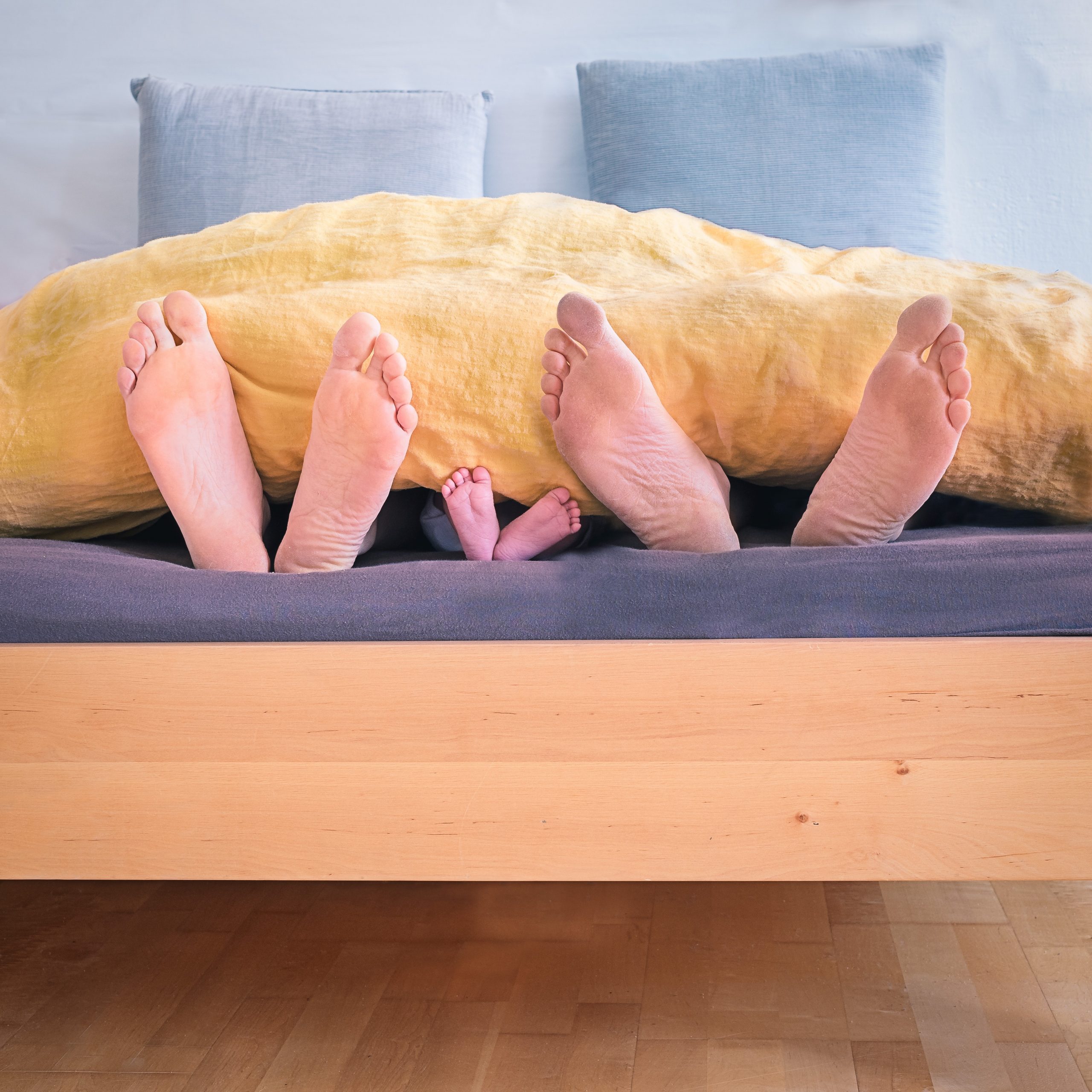 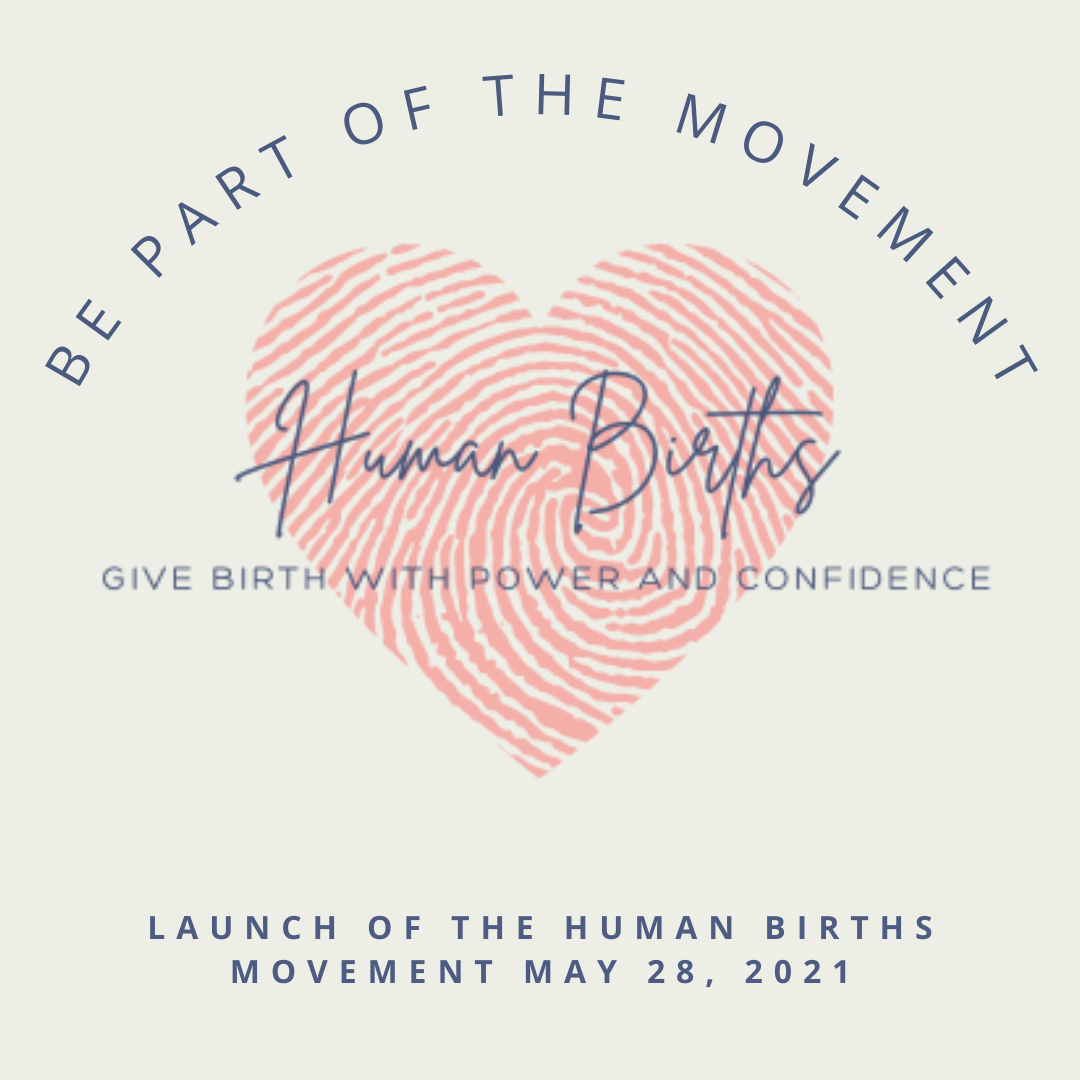 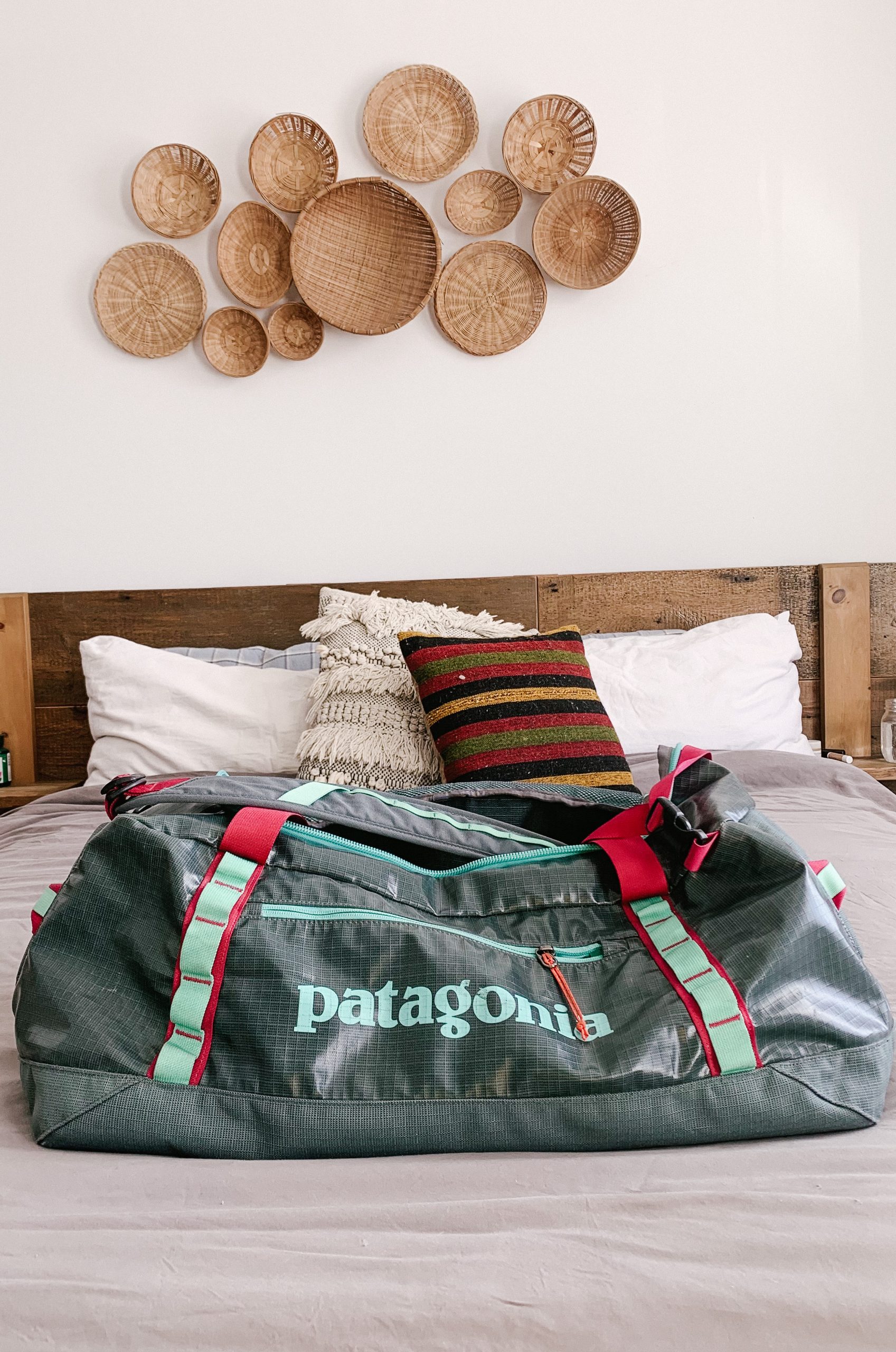 2 replies on “The birth of Louka”

So inspiring to read 🥰

How beautiful to read your story. Thank you for sharing xx

How can I help a new parent?

Someone you know just had a baby and you’re left questioning how you can REALLY help them? This post is for you!

MANIFESTO of the human births movement

The birth of Louka

The morning of march 9th, I went to see my midwife and she swept my membranes. It was my due date. I decided that

What should I pack in my birth bag?

What the heck should I pack in my bag for birth?! Is this question popping into your head as you approach the final weeks

Keep up to date